There are different ways to reward your dog. Playing, treat with food, treat with voice or treat with physical contacts. Not every dog is into all of it and not everything has the same value. Halli is a really good player, but when he was young he wasn’t into food. Tadaa is much into food but playing is not so interesting.

Not every dog is a natural born player, some dogs need to learn it. So this for sure the first thing I test with my puppy. How is it playing? What kind of play does it like? Is it more a chaser or a tugger?

Tadaa likes to run after balls, but she doesn’t like tugging with me with the ball. She also liked chasing the long tuggy toys but again, not tugging.

Chasers like to hunt and run after toys. I recommend rewarding with long tuggy toys which can be dragged on the floor or just throwing balls. It will get the dog in hunting mode. You can try to make a tugging game when the dog has catched the toy or you let him win it.

My recommendation: Holee rollers. Because you can also tug a little. Long tuggy toys with soft (faux) fur.

Tuggers like to pull the toys and have a little fight with you. Even though rumors say a dog should never win this tugging game otherwise he will be the «leader», I think this is bullsh*t. Some dogs loose motivation if they never win. Some dogs like to tug hard with you, others like more personal space. It’s important to make the tugging comfortable for the dog. I recommend short tuggy toys or holee rollers which you can grab.

My recommendation: Tug toys with a ball in the end. It’s easier for the dog to grab.

Always make sure you are playing so it’s physically not harming the dog. Try to have the toy on the dogs height, so the head is not getting pulled up. Be careful with playing while puppies are changing the teeth. If playing is uncomfortable it’s less fun.

Our favorite dog toys are from floramicato , havohravo and dog’s craft. 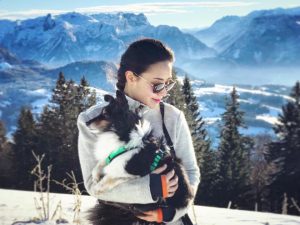 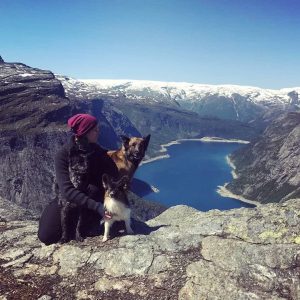